Born in 1981 and raised in a little town near Milano, Marco started play drums at the age of 4, following his father’s passion for music; In 1985 his father Giuseppe, saxophone player, bought him an old ruined drumset as a Christmas gift. Marco started playing drums on records trying to steal some secrets from the “masters” and later on at the age of 10 became pupil of the italian drum master Tullio De Piscopo. 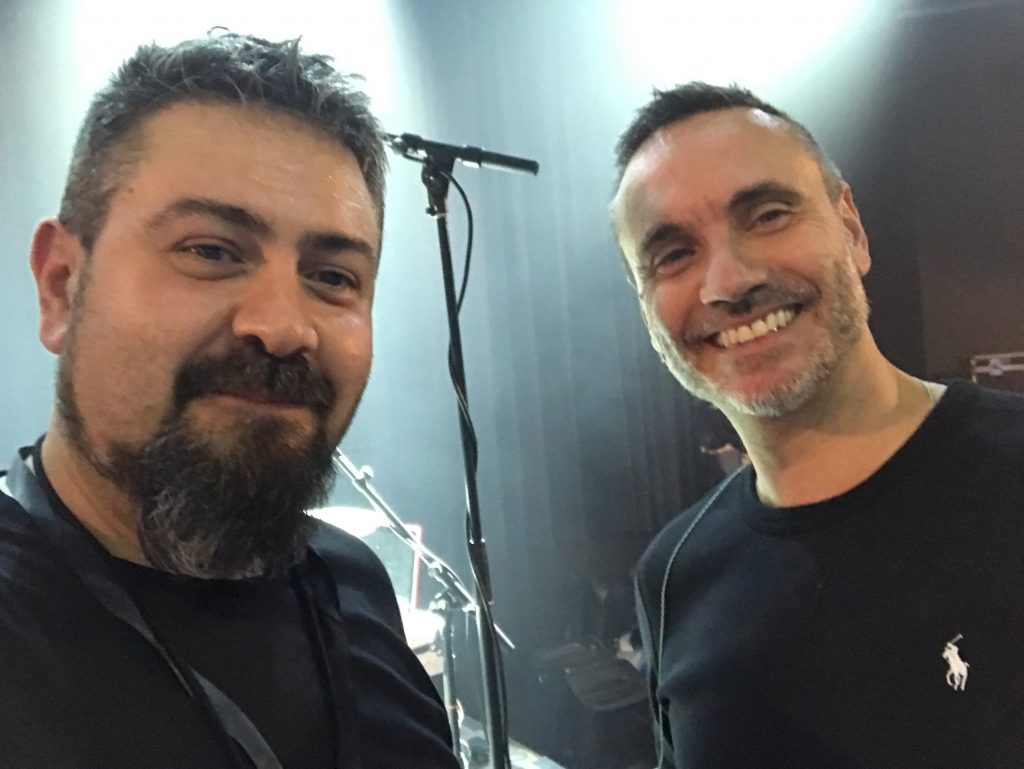 Concerning his professional career, Marco Maggiore started playing drums professionally when he was 11 years old with several bands and projects in 1992 playing live in clubs, events and music venues all around Italy.

Graduated at full votes at N.A.M.M. in 2003, Marco started also his path as a drum teacher and educator working in several schools around Milan, and giving private lessons to the most advanced students.

In 2004 Marco founded the band EURO GROOVE DEPARTMENT together with Daniele Gregolin and Joeri Hommerson recording the album “OPTICAL ILLUSION” feat. Michael Manring and Emanuele Cisi in 2005; the album became pretty good well known and the band has been busy with tours and concerts around Europe about 4 years.

In 2010 Eumir Deodato, watching a live video by E.G.D. calls Marco booking the whole band for the first European tour together in a project under the name “Eumir Deodato & Euro Groove Department”. Several tours and some video productions are the results of this collaboration that is still open in 2019.

In 2014 Marco starts also a project as leader, drummer, producer and singer releasing the album “PassWords”; 5th place as top album of the year for WakeUp News Magazine, several radio an tv interested in invite Marco as guest and a final tour in South Africa and Zimbabwe under invite of the Embassy of Italy in Zimbabwe are just some of the fruits of this incredible work;

After 3 years of intense live activity Marco stops for a while, serious healthy problems, private reasons and the loss of his father take Marco far from artistic activity for about 2 years… but in 2018 comes to light “Around Around” a single mastered by Miles Showell (The Beatles, Queen, Amy Winehouse, Phil Collins, Bjork and many more…) at the legendary ABBEY ROAD STUDIOS in London, UK.The single published in 3 versions (official-radio edit-extended version) went good and in november 2018 Marco decided to release anothe single with his own project named “Wishlist”, a cover of the famous song by Pearl Jam. “A WINNING TEAM HAS NOT TO BE CHANGED” so Marco decided to call his own project M81 together with his old friend Fabio Beltramini (guitar/trumpet) and Andrea Fossella (bass) and Davide Bortone, ex drum student (stage/production assistant)

As a session drummer Marco had very intense activity in 2018 and in June he recorded drums for “One Thousand Birds”(2019), the 3rd studio album by singer/songwriter/producer/artist GRICE working at Forward Studios in Rome meeting and working together with his old friend Luca Calabrese on Trumpet and Richard Barbieri (Porcupine Tree – Japan) on keyboards and sound design;